Is Blockchain Just for Cryptocurrencies? 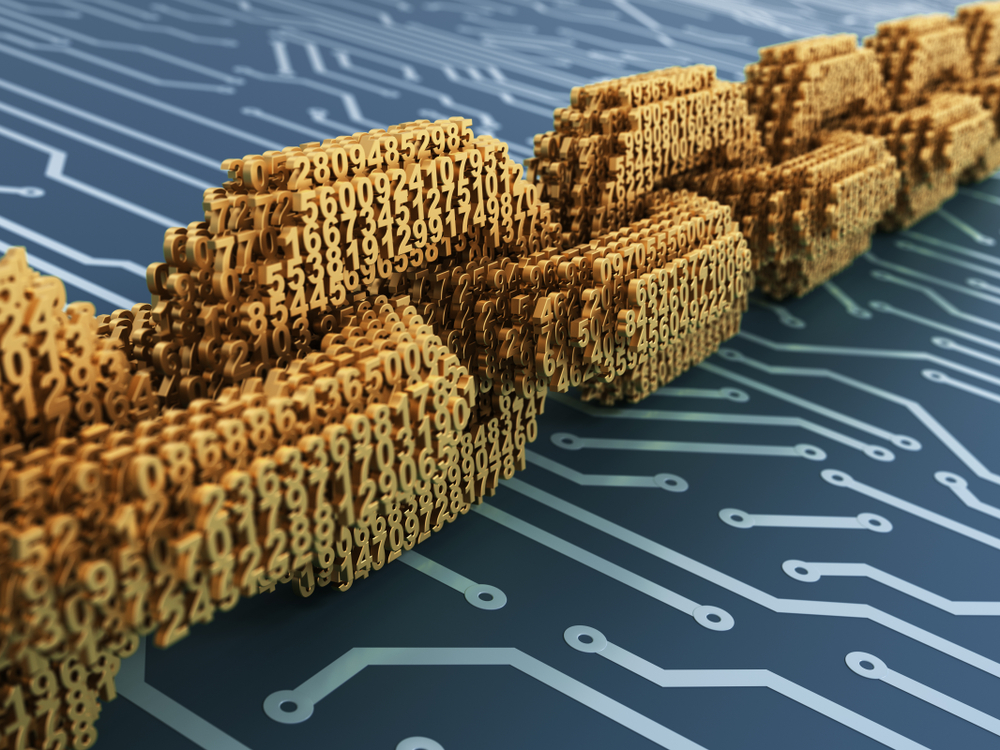 Blockchain technology is an online database that offers information to organizations and enables them to record their transactions easily. The database is encrypted, so all communications are done between the organization and the peer-to-peer network only when it’s veritable.

The technology offers an excellent way to transfer data from point X to Y without worrying about false data being stored in the database because that would falsify the whole chain of millions of instances. Blockchain provides accountability since the transactions recorded pass through multiple-party verification and no transaction in the database can be changed by the parties later on.

What is blockchain technology?

As the name implies, blockchain is essentially blocks of encrypted data stored in a database (or ledger). Many would like to think of it as a robust spreadsheet. A single block of data links to a previous block, thus forming a chain. What makes blockchain unique is the fact that it’s a network of interconnected computers that don’t depend on a centralized entity to execute interactions.

A central authority manages most databases that keep financial information. But with the blockchain database, the ledger is amended and updated communally by all the computers that are connected in the network. Since the records are held communally, no financial institution or computer is in charge. So, if a single computer in the system gets knocked offline or is hacked, the others can still function without it.

Advantages and disadvantages of blockchain

In the context of cryptocurrencies, blockchain features a stable chain of blocks, each with a list of previously approved transactions. The blockchain network works as a decentralized ledger because its run by a network of computers spread worldwide. So, each participant (node) holds a copy of the blockchain data and communicates with the others to make sure they are all on the same page.

Blockchain transaction happens within a peer-to-peer network and is what makes Bitcoin and other cryptocurrencies decentralized digital currencies that are borderless and censorship-resistant. The whole point of using this technology is to allow people – especially those who don’t trust each other – to share critical data in a secure and tamper-proof manner. This is because blockchain technology holds data using innovative software and sophisticated math functions that are extremely difficult for hackers to manipulate.

Is blockchain just for cryptocurrencies?

One of the first real-world uses of blockchain technology was in Bitcoin, a virtual currency that was announced in 2008 by Satoshi Nakamoto (pseudonym). But these types of projects are not tied to the Bitcoin network alone. In fact, most blockchains have nothing to do with Bitcoin. Once Bitcoin blockchain had been around for a while – successfully recording all Bitcoin transactions and surviving vast attacks – many entrepreneurs and programmers wondered if the Bitcoin data security design might be applied to create other types of secure databases, unrelated to Bitcoin.

Today, startups, SMEs, and large scale companies across different types of fields are increasingly integrating blockchain into their daily operations. It is now widely used in banking and finance to facilitate payments, improve capital markets, trade finance, deter money laundering, and in insurance. It also has applications in business, especially in areas like healthcare, supply chain management, real estate, media, and energy. The government, too, can use the technology for record management, identity management, taxes, voting, regulatory/compliance oversight and a virtually infinite amount of other types of real-world applications.

The growing applications and use cases of blockchain technology

One of the main challenges that healthcare professionals face is to share information across platforms securely. A seamless flow of data between providers could increase the chances of accurate diagnoses and effective treatment. It’ll also lower the cost of healthcare. Blockchain technology allows healthcare institutions and other related parties to share network access without affecting the integrity or security of data.

The internet infrastructure has proven vulnerable to attacks, particularly when it comes to the Internet of Things (IoT) devices. Since critical infrastructures like transportation and power plants have connected sensors, there’s a heightened risk to the civil society. Luckily, some companies are using the tamper-proof database to share critical information across their networks. Others are using blockchain to offer massive scale data authentication. A good example is using blockchain powered Keyless Signature Infrastructure (KSI) to tag and verify data transactions.

The supply chain involves a series of transaction nodes that connect to move goods from one point to another. The technology allows businesses to document transactions in a decentralized record, thus limiting delays, human errors, and added costs. Different companies are coming up with blockchain-based products that enable enterprises to engage clients at the point-of-sale with data collected collaboratively from suppliers along the supply chain.

Blockchain and Internet of Things (IoT)

Companies that provide cloud storage usually keep clients’ data in one secure server, which makes it vulnerable to attacks. Blockchain cloud storage services decentralize data storage, making it less prone to hacks that can lead to systemic damage and colossal data loss. Companies are now providing blockchain-enabled cloud storage to enhance security and also reduce the cost of storing data in the cloud.

Blockchain ensures the security of data. The information stored in blockchain is fully decentralized since it’s kept in multiple nodes across the globe rather than in a single place. This addresses the concern of data protection in case there’s an error or breach. Records that are uploaded in blockchain aren’t accessible to or controlled by an individual. But each party holding the data has a private key that they can use to access the encrypted files. So, even if a hacker gets to access a folder, he/she will only see a partial file –which won’t be useful. That’s why industries, other than cryptocurrencies, are taking advantage of blockchain to enhance their operations.

Sheri Bruemmer is a seasoned industry expert with expertise in growing and managing operations that support assisted living, adult foster care, and homes for the aged communities. Sheri is a certified Gerontologist, licensed Assisted Living Director, and licensed nurse as well.